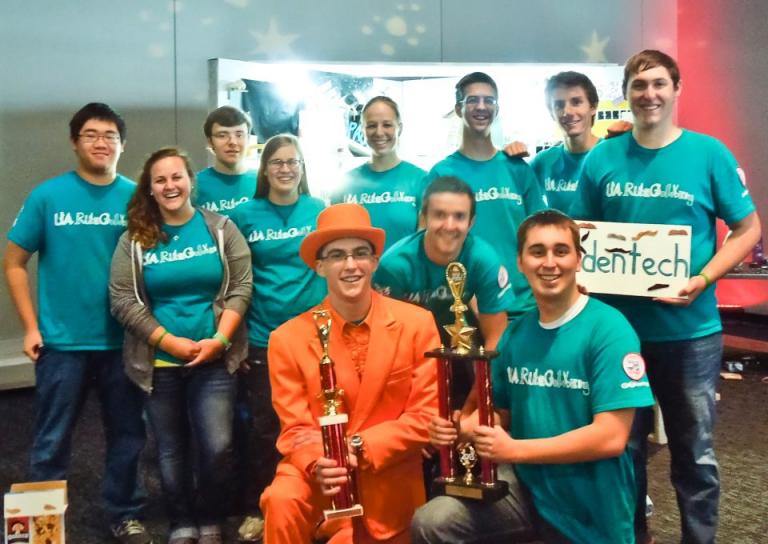 With more than 1,000 people in attendance, the 2013 Rube Goldberg Machine Contest: College Nationals, on March 30 was an overwhelming success. Hosted by the Center of Science and Industry (COSI) in Columbus, Ohio, children, students, parents, grandparents and interested onlookers had a wonderful time watching students run their machines and compete for the number ONE spot. The machines were wild, and the crowd and students, extremely enthusiastic!

Seven talented collegiate teams put their creations to the test as they attempted to hammer a nail using a variety of every-day items in a whimsical way. The competing teams were: UW Barron County; University of Texas/Austin; Penn State; Purdue University; University of Arizona, Washington University in St. Louis, and Corning Community College.

Second place went to the University of Arizona. The UA team - which includes MSE students Chris Cantoni, Andy Luc, Joshua Paul, and Jacob Rochester - also received the Legacy Award for having the machine with the best incorporation of humor and engineering creativity, an award they also received at the 2012 Contest.