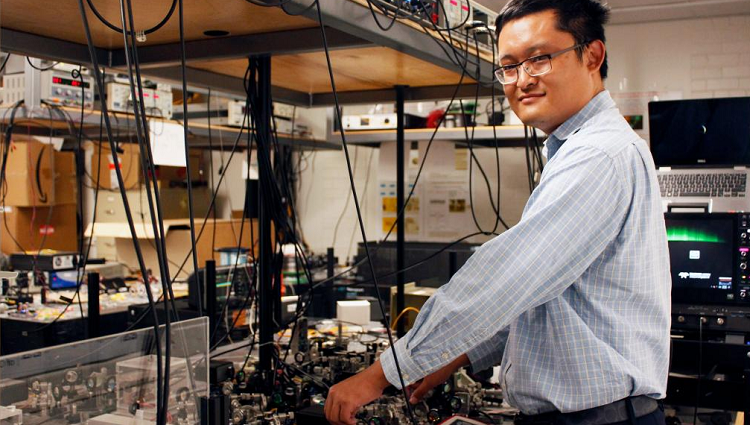 The objects we interact with in our daily lives adhere to classic laws of physics, like gravity and thermodynamics. Quantum physics, however, has different rules, and objects in quantum states can exhibit strange but useful properties. For example, when two particles are linked by quantum entanglement, anything that happens to one particle affects the other, no matter how far apart they are. This means probes in two locations can share information, allowing for more precise measurements. Or, while "classical" light emits photons at random intervals, scientists can induce a quantum state called "squeezed" light to make photon emission more regular and reduce uncertainty – or "noise" – in measurements.

The Quantum Sensors project will take advantage of quantum states to create ultrasensitive gyroscopes, accelerometers and other sensors. Gyroscopes are used in navigation of aircraft and other vehicles to maintain balance as orientation shifts. In tandem, accelerometers measure vibration or acceleration of motion. These navigation-grade gyroscopes and accelerometers are light-based and can be extremely precise, but they are bulky and expensive.

Rather than combat these quantum limitations with classical resources, Zhang and his team are fighting fire with fire, so to speak, by using quantum resources. For example, the stability of squeezed light can counterbalance the uncertainty of quantum fluctuations, which are temporary changes in variables such as position and momentum.

"The fundamental quantum limit is induced by quantum fluctuations, but this limit can be broken using a quantum state of light, like entangled photons or squeezed light, for the laser itself," said Zhang, director of the university's Quantum Information and Materials Group. "With this method, we can arrive at much better measurements."